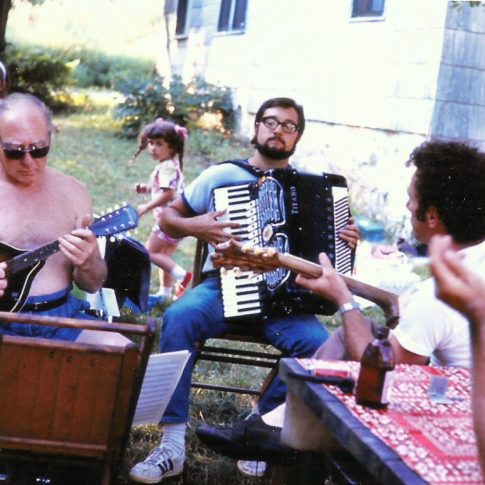 Benedetto Family Picnic at "Uncle Mike's farm" New Jersey circa 1973 - Uncle Frank on mandolin, Eugene on accordion and Bob Benedetto on his first guitar made in 1968 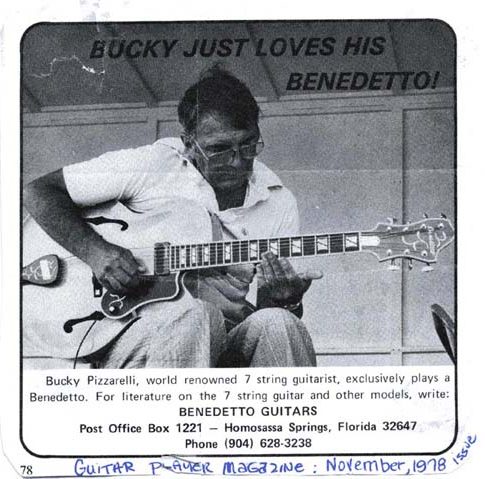 Our First Ad in GP magazine featuring Bucky Pizzarelli. We ran this ad in Guitar Player's November, 1978 issue. It cost $800, which was a huge sum of money for Bob and me to spend at the time, but we were so proud to have Bucky as an endorser! 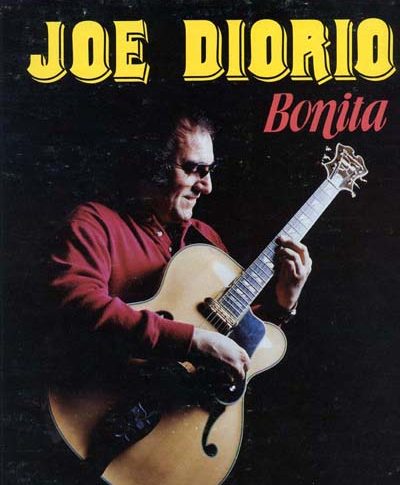 Joe Diorio's "Bonita" Album. At the time of this 1979 release, Joe was on staff at GIT (Guitar Institute of Technology) in Hollywood, California 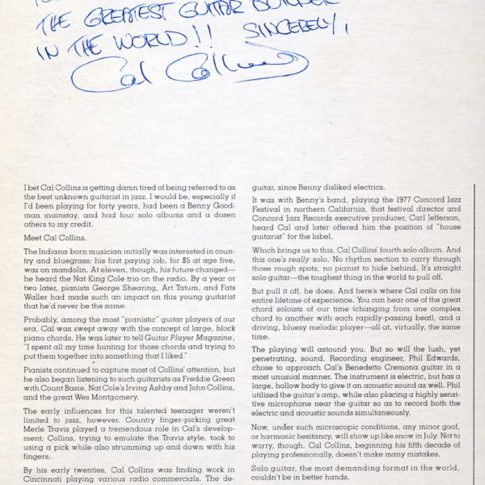 This cherished 1979 Concord Jazz release, "Cal Collins: By Myself" has wonderful liner notes by then Guitar Player and Frets Publisher, Jim Crockett: "The playing will astound you. But so will the lush, yet penetrating sound [of] Cal's Benedetto Cremona guitar…" 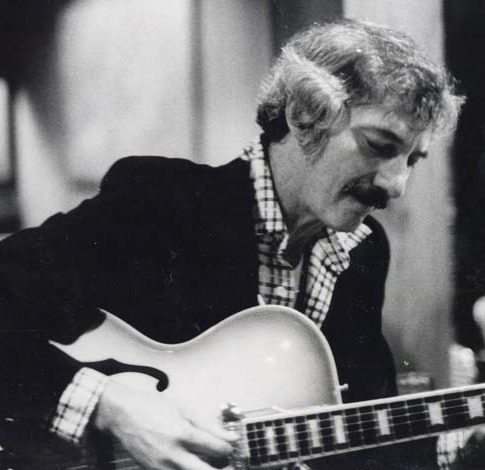 Bucky Pizzarelli and Slam Stewart on The Today Show 1978 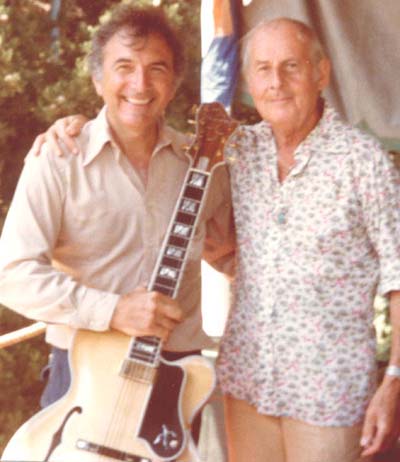 Bucky backstage with Stephane Grappelli in Nice, France, 1979. Bucky, in a letter to us dated August 23, 1979: "We had just finished a duet album, acoustic and outdoors, on one of the stages of Parade Du Jazz.” 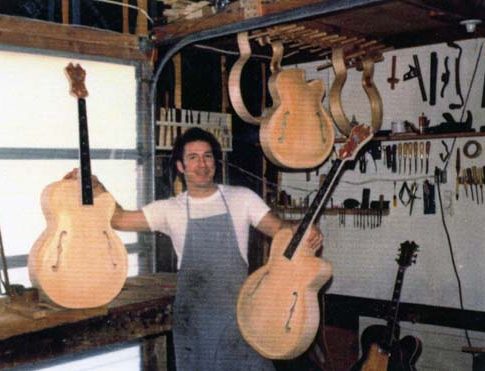 Bob in Homosassa Springs, Florida Shop, 1977. He holds two Cremona models being custom made for Stefan Otis and Mark Pribble 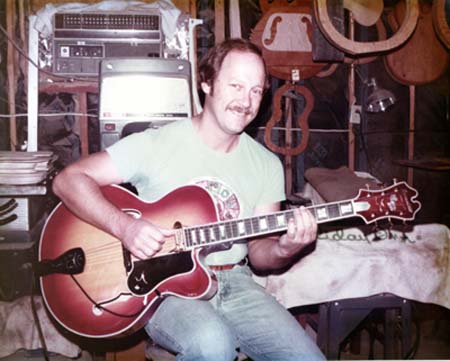 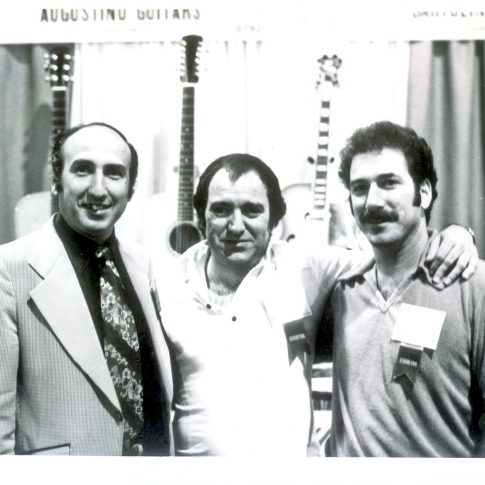